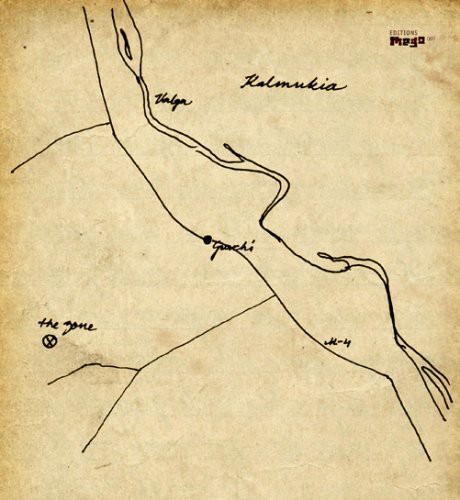 Angel is Ilpo Väisänen (Pan Sonic), Hildur Gudnadóttir (Lost in Hildurness) and Dirk Dresselhaus (Schneider TM), and this is their third release. Angel was originally formed as the duo of Väisänen and Dresselhaus in 1999, releasing two live albums: In 2002 an eponymously-titled album on the French Bip_Hop label and in 2006 a recording of a drone piece played at the Club Transmediale Festival in Berlin in 2005. Kalmukia is a vast epic, sprawling through guitar riffs spanning deep electronic canyons overlooked by a melancholic grey sky. A journey leading to discovery and a final mutation. All players delicately playing off each other, creating a mesmerizing work that sounds like nothing they have done before yet still retaining the audio signatures they have become known for. Packaged in a notebook-style sleeve.