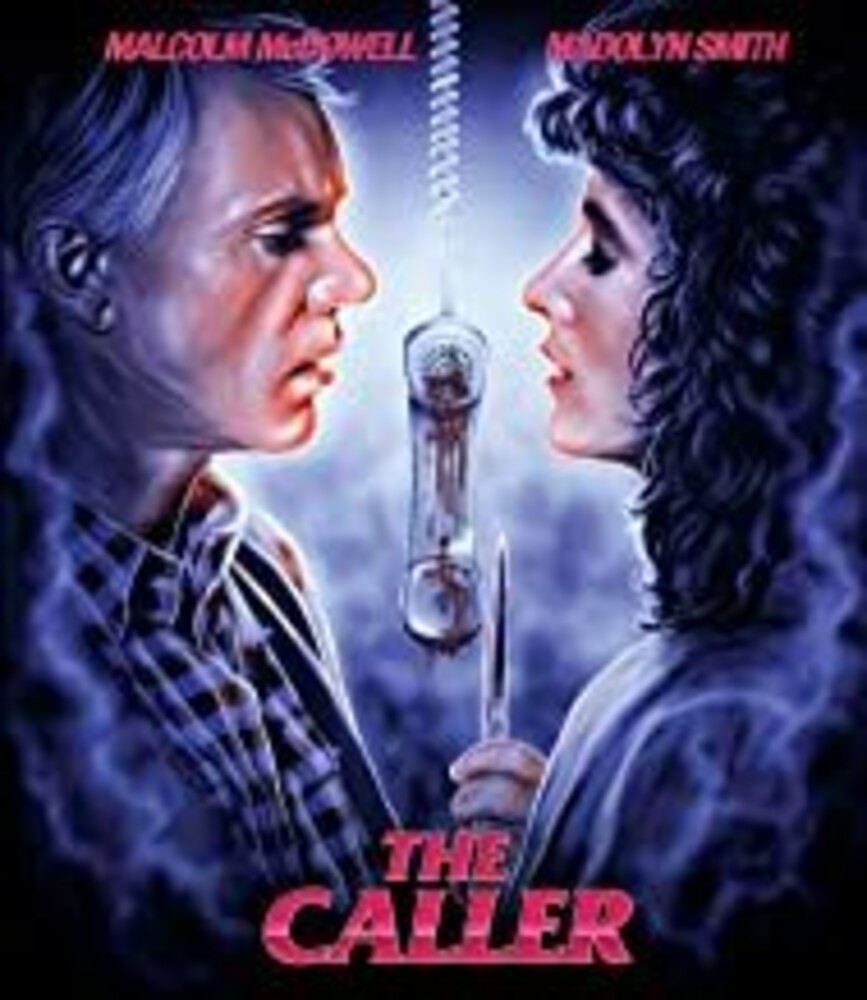 On a cold winter night, a woman living alone in the middle of the woods receives an unexpected visitor: a mysterious middle-aged man who asks to use her phone. Obliging the stranger, it soon becomes apparent that they might know more about each other than they're letting on. As hours and then days pass, the two become engaged in a series of bizarre and sinister mind games uncovering unnerving secrets along the way. All the while, the ongoing confrontation begs the question of... what mysterious events are transpiring in the nearby woods? Sumptuously photographed by Daniele Nannuzzi (Santa Sangre), THE CALLER is a labyrinthine mystery tinged with horror and science fiction elements which stars Malcolm McDowell (A Clockwork Orange, Caligula) alongside Madolyn Smith (Urban Cowboy). One of the few theatrical features from veteran TV director Arthur Allan Seidelman and Emmy nominated writer Michael Sloan (The Equalizer), Vinegar Syndrome presents this original and unsettling piece of 80s weirdness in a brand new 2K restoration.