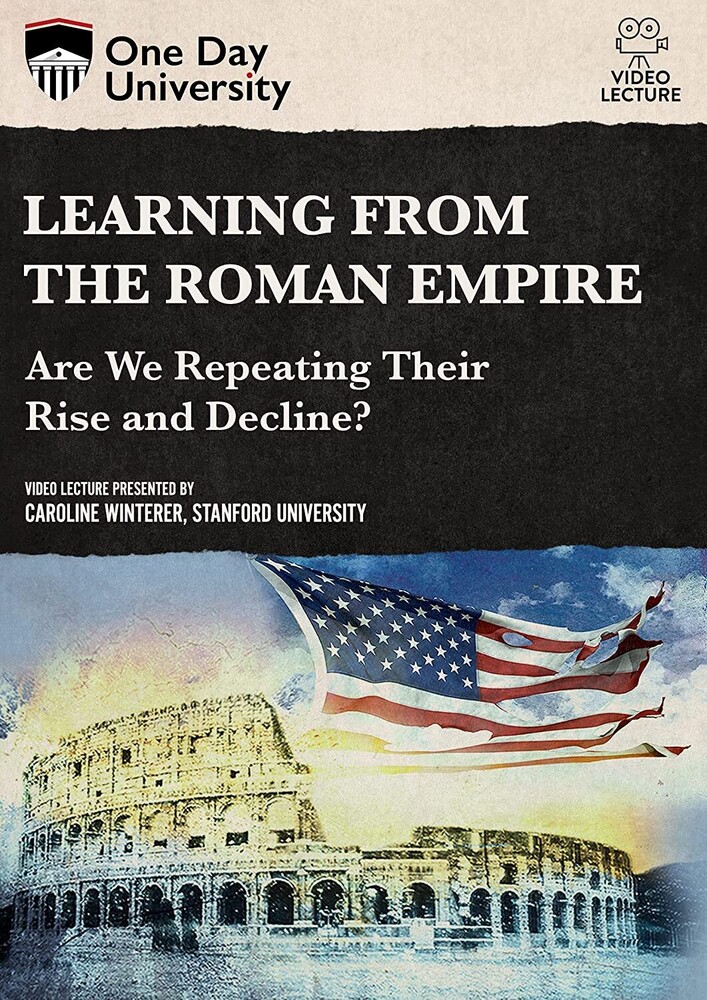 One Day University presents a series of video lectures recorded in real-time from some of the top minds in the United States. Given by award-winning professors and experts in their field, these recorded lectures dive deep into the worlds of religion, government, literature, and social justice. The rise and fall of ancient Rome is one of the greatest stories in the history of the world. From a group of settlements huddled along the Tiber in Italy, Rome rose to conquer much of the Mediterranean world and Europe. At the height of the Roman Empire, one in every five people in the world lived within it's territory. For Americans, Rome's unlikely ascent, spectacular ambitions, and gruesome decline have provided endless fuel for our national self-examination. Is the United States an empire? Are empires good or bad? What makes great civilizations decline and fall, and how can America avoid that fate? This talk will explore the great American question "Are We Rome?" and show why this ancient empire continues to fascinate our very modern nation.