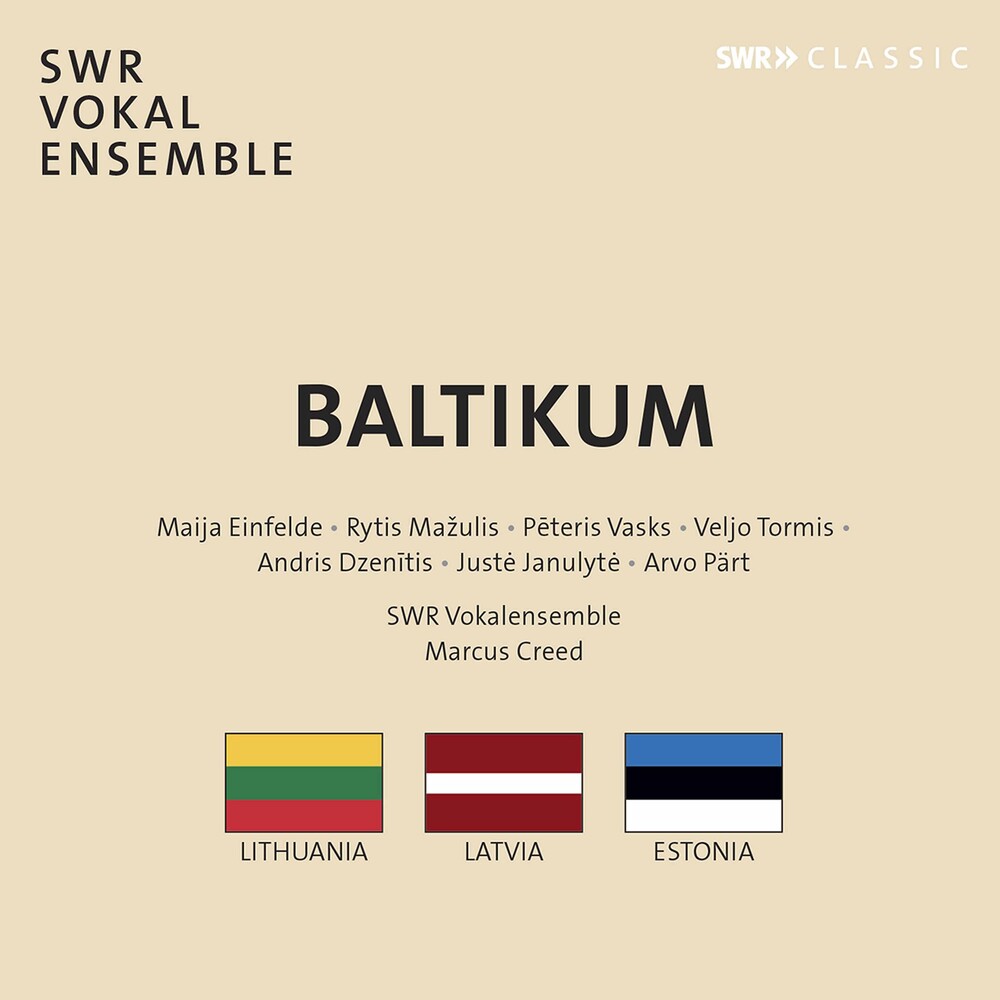 The folk music of the Baltic peoples can be traced back to pagan times whereas the development of their art music did not start until around 100 years ago. Every country has it's own founding fathers where music is concerned: the Estonians admire Heino Eller and the Latvians Jazeps Vitols as the founder of their respective national music culture. Arvo Part was one of Eller's students. The founding figure of Lithuanian art music and art is Mikalojus Konstantinas Ciurlionis, who created fugues and sonatas as well as symphonic poems, music for piano, and choral works. This is the ninth and last installment of the SWR Vokalensemble series dedicated to musical portraits of different countries and the last release with it's chief conductor Marcus Creed. The SWR Vokalensemble is internationally renowned as one of the best choirs for modern a cappella repertoire, it's performances are characterized by exquisite mastership.