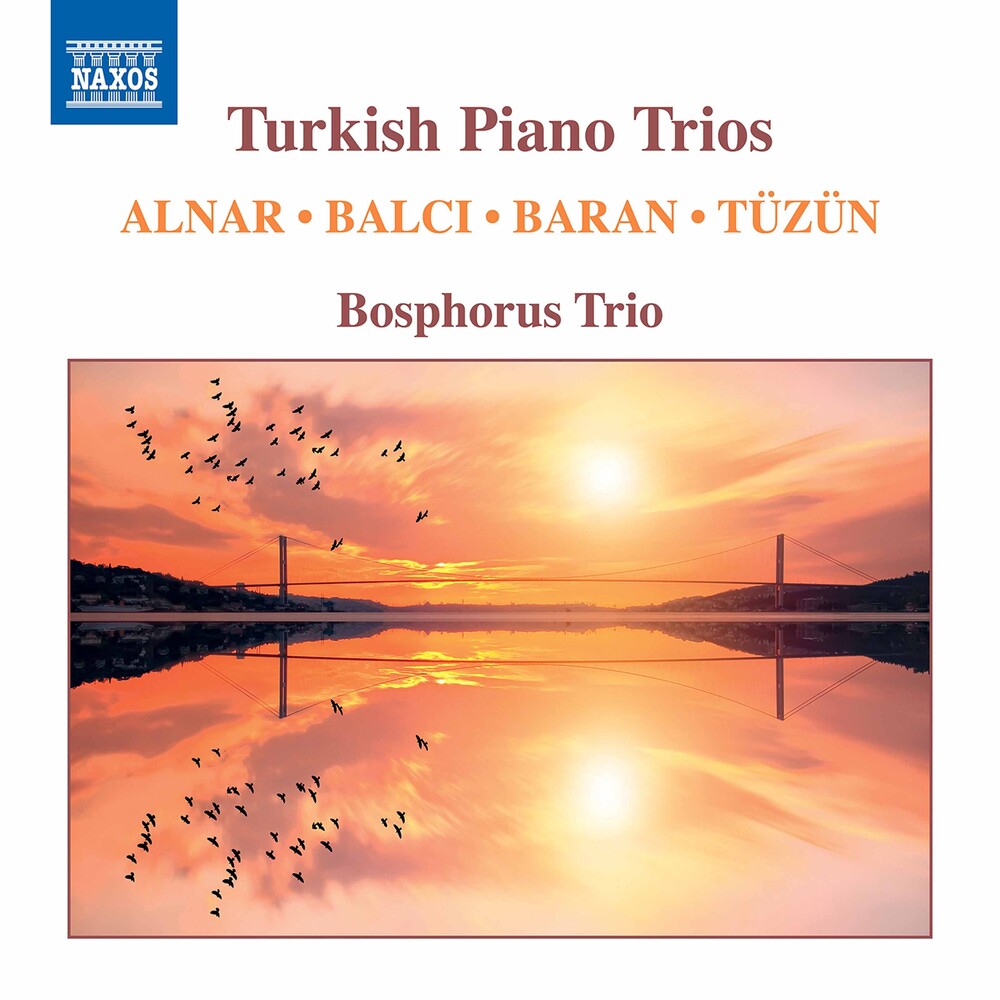 This album of piano trios by four Turkish composers, the first in a series, covers three generations of composers whose music combines traditional rhythms and modalities with established Western classical sonorities. Hasan Ferid Alnar represents the 'Turkish Five' collective, his style drawing on the monophonic textures and rhythmic cycles of traditional makam music, while Ferit TĂĽzĂĽn's lyrical and fervent piano trio hints at folk melodies rather than using them as concrete material. Ilhan Baran described his spellbinding Transformations as 'a kind of atmospheric state of mind', and from the younger generation, Oguzhan Balci's Piano Trio No. 1 expresses a tranquillity reminiscent of the Anatolian soul. Few people would associate the Piano Trio genre with Turkish music. The ambition of the BosphorusTrio, appearing here in it's Naxos debut, is however to build on this first album and be the first to record a 'Complete Turkish Trios' edition, and it is clear that there is a substantial catalogue of work on which to draw. This is the first album ever to have four piano trios by exclusively Turkish composers on a single release.