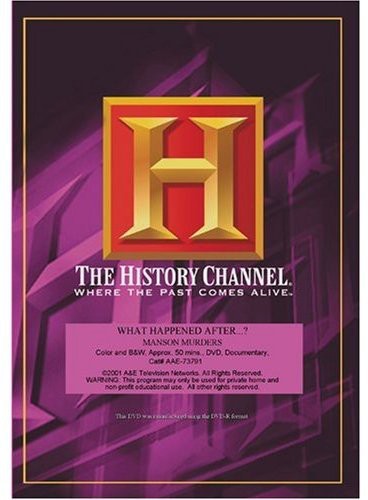 For two nights in 1969, Charles Manson and his deranged \family\ terrorized Los Angeles, committing seven murders. Three decades later, Manson remains one of the most notorious killers in history, but those whose lives were touched by his brutal acts are largely forgotten. WHAT HAPPENED AFTER... ? sheds new light on the crimes by talking with relatives of the victims. Some, like Alice LaBianca, whose lost her husband, have stayed quiet and in relative seclusion. Others, like Debbie Tate, the younger sister of the actress Sharon Tate, Manson's most famous victim, have worked tirelessly to ensure that none of the killers will receive parole. Relatives of the murderers, including Paul Van Houten, the father of one of LaBianca's killers, provide another view of shattered lives. And finally, Barbara Hoyt, a former Manson \family\ member, talks on camera for the first time since she testified against her former leader. This is the most comprehensive examination ever produced about the post-crime lives of the killers, the victims' families, the lawyers and the former members of Manson's murderous clan.
back to top