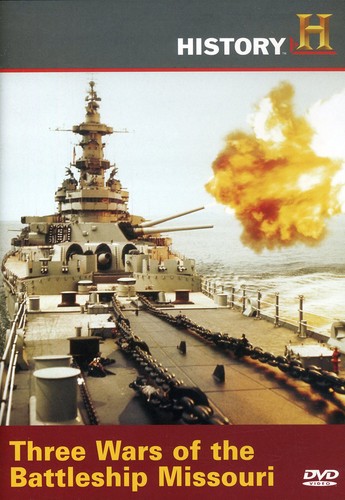 Launched in 1944, it was the last U.S. battleship ever built and the last to serve. Today, the U.S.S. Missouri floats in Pearl Harbor, a powerful monument to the devastating 1941 attack that propelled America into WWII. Now, HISTORY traces the 51-year career of BB-63, the battleship Missouri, which fought in WWII, the Korean War, and the First Gulf War. Meet generations of Missouri sailors as they return to it's decks to recall their memories of this Naval icon, and learn how the crew that served on her final voyage could have been the grandchildren of those who fought on her first. Featuring captivating footage from U.S. Navy archives, THREE WARS OF THE BATTLESHIP MISSOURI takes an extraordinary look at one of the most renowned warships on Earth.