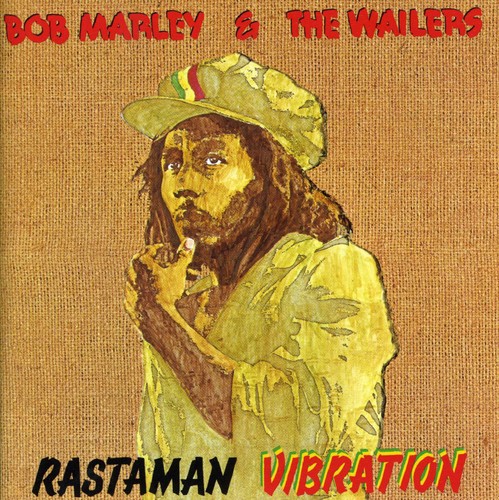 1976 album from the Reggae legend. The album was a great success in the USA, becoming the first (and only) Bob Marley release to reach the Top Ten on the Billboard 200 charts.

''Rastaman Vibration'' is a roots reggae album by Bob Marley & The Wailers released on April 30, 1976. While the album was a big hit in the USA, becoming the first (and only) Bob Marley release to hit the top ten on the Billboard 200 charts (peaking at #8), it did not generate a significant hit single, although "Roots, Rock, Reggae" was the only Bob Marley single to reach the Billboard Hot 100 charts, peaking at #51.

Synthesizers are featured prominently on this album, adding a breezy embellishment to otherwise hard-driving songs with strong elements of rock guitar. - Wikipedia