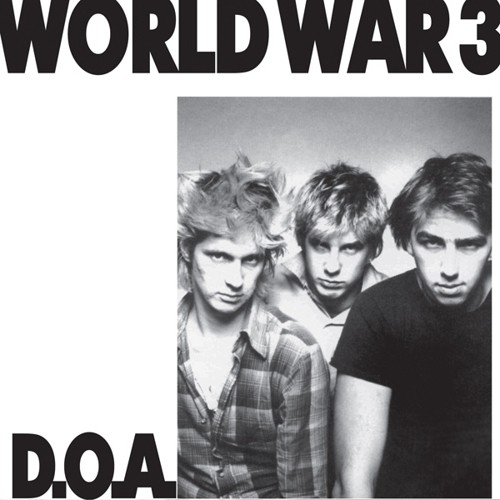 Limited seven inch vinyl pressing. In 1979, D.O.A. teamed up with Ron Obvious and Bob Rock at a midnite to 6 AM studio session at Vancouver's Little Mountain Sound and recorded and mixed on a shoe string budget, what is arguably one of the top 10 punk rock singles of all time. Now Sudden Death is proud to re-release this gem for the first time in 37 years. "World War 3," penned by guitarist/singer Joey Shithead and drummer Chuck Biscuits and helped along by bassist Randy Rampage really hit the mark for the times, in light of the U.S.-Soviet nuclear arms race at the time. Starkly, 37 years later things in the world are not any better. Music can still speak the truth. "Whatcha Gonna Do?," the B side features Chuck's all-star drumming and Joe's songwriting in a Jamaican inspired, cool style departure for the young (at that point in time) D.O.A. A limited edition release of this classic by Canada's punk pioneers.