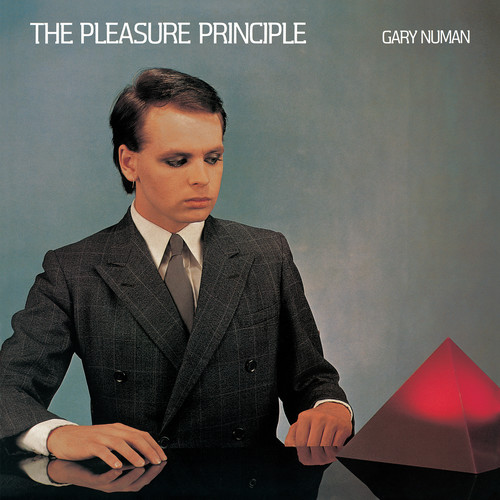 The most popular of all the Gary Numan albums is undeniably 1979’s The Pleasure Principle. The reasons are simple -- there is not a single weak moment on the disc, it contains his sole U.S. (number one worldwide) hit, “Cars.” The Pleasure Principle is also one of the first Gary Numan albums to feature true ensemble playing, especially heard within the airtight, killer groove of “Metal” (one of Numan’s all-time best tracks). Starting things off with the atmospheric instrumental “Airlane,” the quality of the songs gets stronger and stronger as the album progresses -- “Films,” “M.E.,” “Observer,” “Conversation,” the aforementioned “Cars,” and the U.K. Top Ten hit “Complex” all show Numan in top form. If you had to own just one Gary Numan album, The Pleasure Principle would be it.