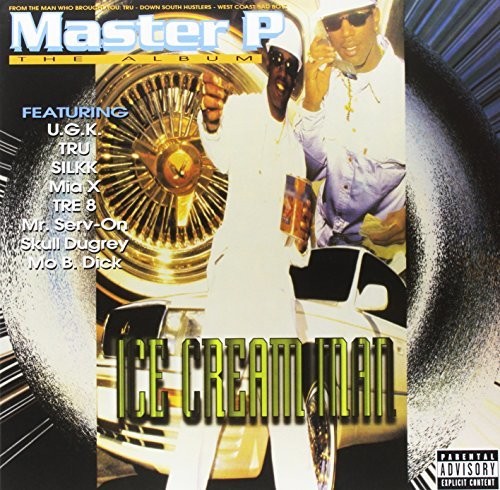 Double vinyl LP pressing. Ice Cream Man is the fifth studio album by New Orleans rapper Master P. It was set to be release in the summer of '95 but it ended up being released on April 16, 1996. Ice Cream Man hit #6 on the Billboard's R&B Albums chart and #26 on the Billboard 200. It was Master P's and No Limit Record's first ever RIAA platinum certified album. Master P is a hip hop recording artist, actor, businessman, investor, author, filmmaker, record producer, philanthropist, and former basketball player. He is the founder of the record label No Limit Records.