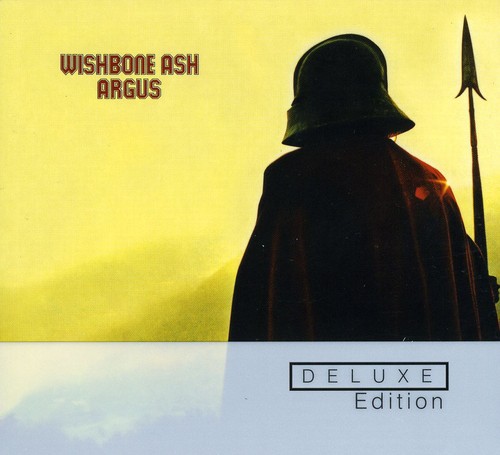 2007 digitally re-mastered and expanded two CD edition of this classic album, originally released in April 1972. This deluxe edition features the original album mix, newly re-mastered from the original tapes, plus rare BBC Radio sessions, live recordings from 1972 and a bonus disc featuring the band's memorable 1972 BBC Radio One in Concert appearance which launched Argus and remains one of the best concerts recorded for radio by Wishbone Ash. Argus is perhaps the crowning moment of the recording career of Wishbone Ash. The album would become regarded by fans and critics as the definitive Wishbone Ash album, with every track becoming a requested favorite at concerts by the band to this day. Universal.