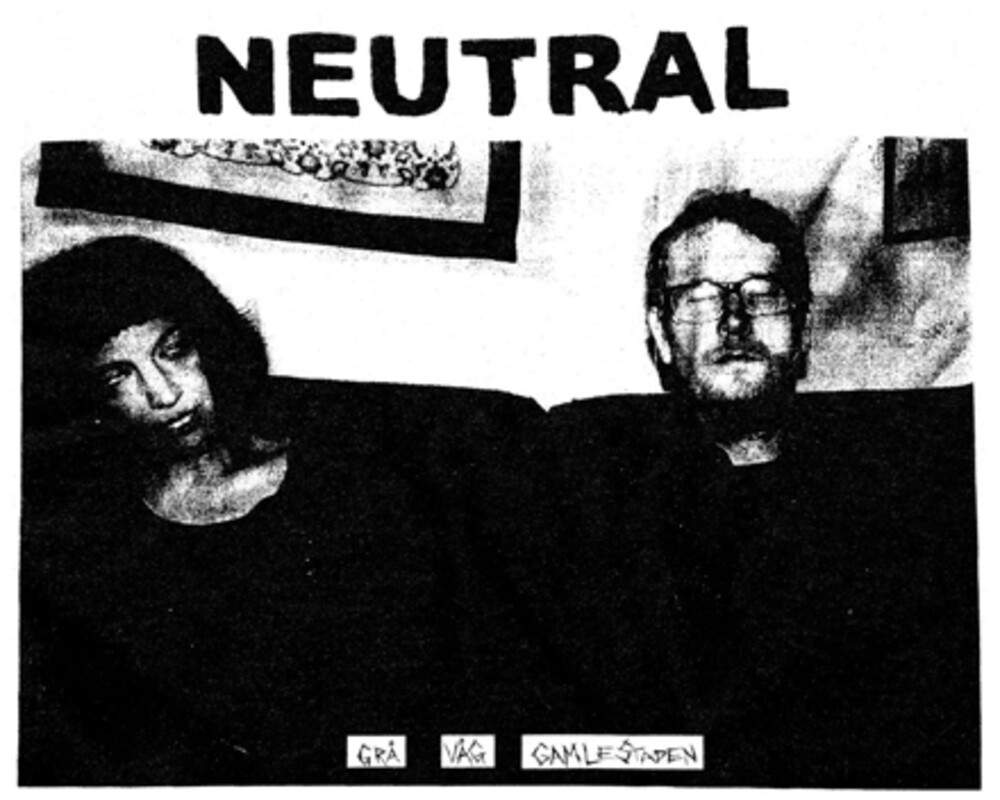 Neutral's seminal album, Grå Våg Gamlestaden, is widely considered ground zero for the explosion of creativity that has transpired in the Swedish Underground ever since. It is the noisy experimental rock album that opened the door and welcomed in so many artists working behind the scenes. Gothenburgers Dan Johansson (Sewer Election) and Sofie Herner had previously made music together in the band Källarbarnen when they started discussing a new methodology and a fresh sound for recordings in 2013 under a new name as a duo. After witnessing Herner and Johansson's live performance in an artist's studio in the spring 2014, Gustaf Dicksson, who was running the Omlott record label at the time as well as performing under his own moniker, Blod, offered to release an album by Neutral on the spot. Herner recorded most of the instruments and voice, Johansson worked on manipulating the recordings, experimenting with reel-to-reel techniques. The title of the album translates as "Grey Wave Gamlestaden" and was chosen as an inside joke about the neighbourhood Gamlestaden where Johansson and Herner lived. A major theme on the recording is a certain kind of bleakness but with a wry smile closely identified with the spirit of the neighborhood. In the fall of 2014 Grå Våg Gamlestaden was released, limited to 200 copies, and sold out quickly without many copies making it outside of Sweden. Around the same time, Johansson and Herner joined forces with other underground artists in their widening circle to form a sort of Gothenburg supergroup making music together as Enhet för Fri Musik. Grapefruit's reissue of Grå Våg Gamlestaden is the first time Neutral's masterpiece has seen the light of day since it sold out quickly in 2014. This vinyl-only gatefold reissue is limited to 300 copies.