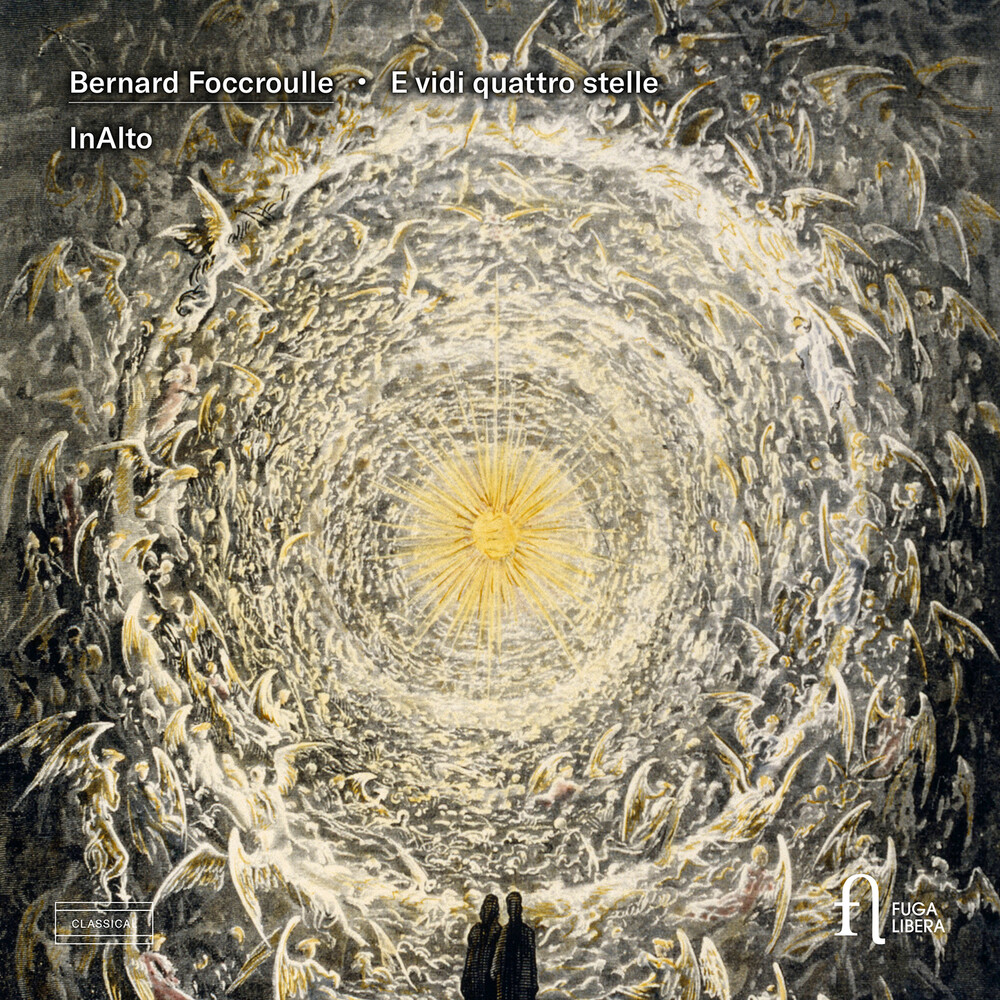 This composition was commissioned from Bernard Foccroulle for the inauguration of the new organ of the Palais des Beaux-Arts in Brussels. The work's text consists of fragments from Dante's Purgatorio. At the beginning, the narrator and Virgil emerge from Hell and climb the mountain that leads to Paradise. The most sublime visions of the sky and nature are scattered throughout the text. The two travelers converse and meet many tormented shades who are awaiting their salvation. Exhausted, Dante falls asleep several times. Towards the end of their ascent, Virgil silently disappears at the very moment when Dante meets Beatrice. Their reunion forms an extremely dramatic scene: Beatrice reminds her friend of his past errors and the betrayals that followed her death. Her bitter reproaches plunge the poet into a state of prostration close to a swoon. But forgiveness comes: Matelda (a beautiful and mysterious lady we have encountered shortly before, who probably represents earthly happiness) comes to meet him, bathes him in the waters of Lethe and entrusts him to four beautiful women who dance and enfold him in their arms. The blazing sun is at it's zenith. Regenerated like a young plant, Dante is ready to rise up to the stars.