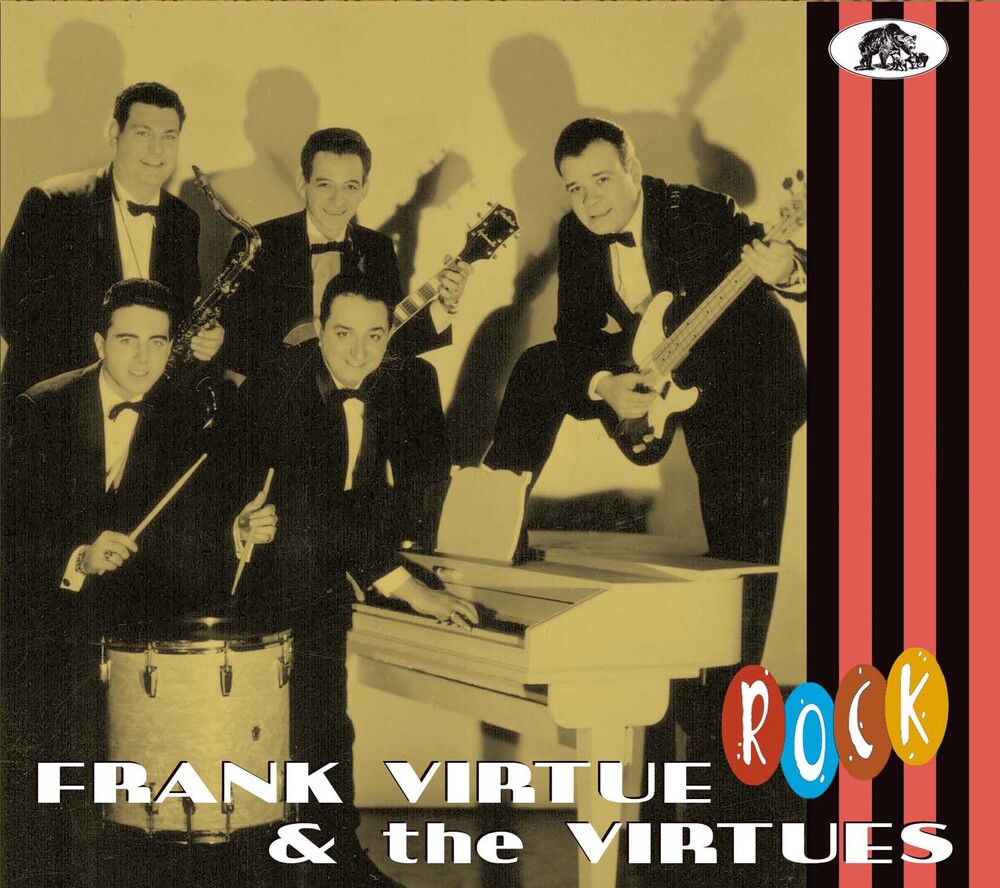 -Famous as the 'Guitar Boogie Shuffle' man and reduced to this top 10 hit, Bear Family's compilation shows how Frank Virtue and his Virtues could really rock and roll back then (1953 - 1965) ! -This CD describes Frank's evolution from R&B and Northern band sound to an instrumental virtuoso. -Rare early recordings with the Esquire Boys and hits like 'Guitar Boogie Shuffle' or titles like 'Guitar In Orbit' and 'Flippin' In'. -Rarities like his cover versions recorded under pseudonyms for Waldorf Music Hall and other budget labels and recordings for small labels like his version of 'Rebel Rouser' on the General American Label! -The 36-page color booklet reveals details about Frank Virtue's career, written by the well-known Chicago music journalist Bill Dahl, as well as rare photos, illustrations and discographical information. Frank Virtue is a significant name when it comes to the history of the Philadelphia sound. The state of Pennsylvania with it's metropolis Philadelphia, affectionately known as Philly by Americans, was a true melting pot of musical virtuosos during the rock 'n' roll era. Of course, one immediately thinks of Bill Haley, Charlie Gracie and Chubby Checker. The name Frank Virtue fits in seamlessly here. Not only did his studio work until the 1970s provide a solid foundation for Northern Soul, but years earlier he had already caused a stir with various rock 'n' roll formations. This is impressively demonstrated here on 33 tracks. Starting in the early 1950s, when Virtue was bassist with the Esquire Boys, up to instrumental recordings of the 1960s, this CD deals with the career of Frank Virtue in chronological order. Frank Virtue and The Virtues are still associated with their only top 10 hit, 'Guitar Boogie Shuffle' from 1959. In addition to this rock 'n' roll classic, we have included two more 'Guitar Boogie' recordings: an early version with the Esquire Boys (1953) and the 'Guitar Boogie Twist' (1960).