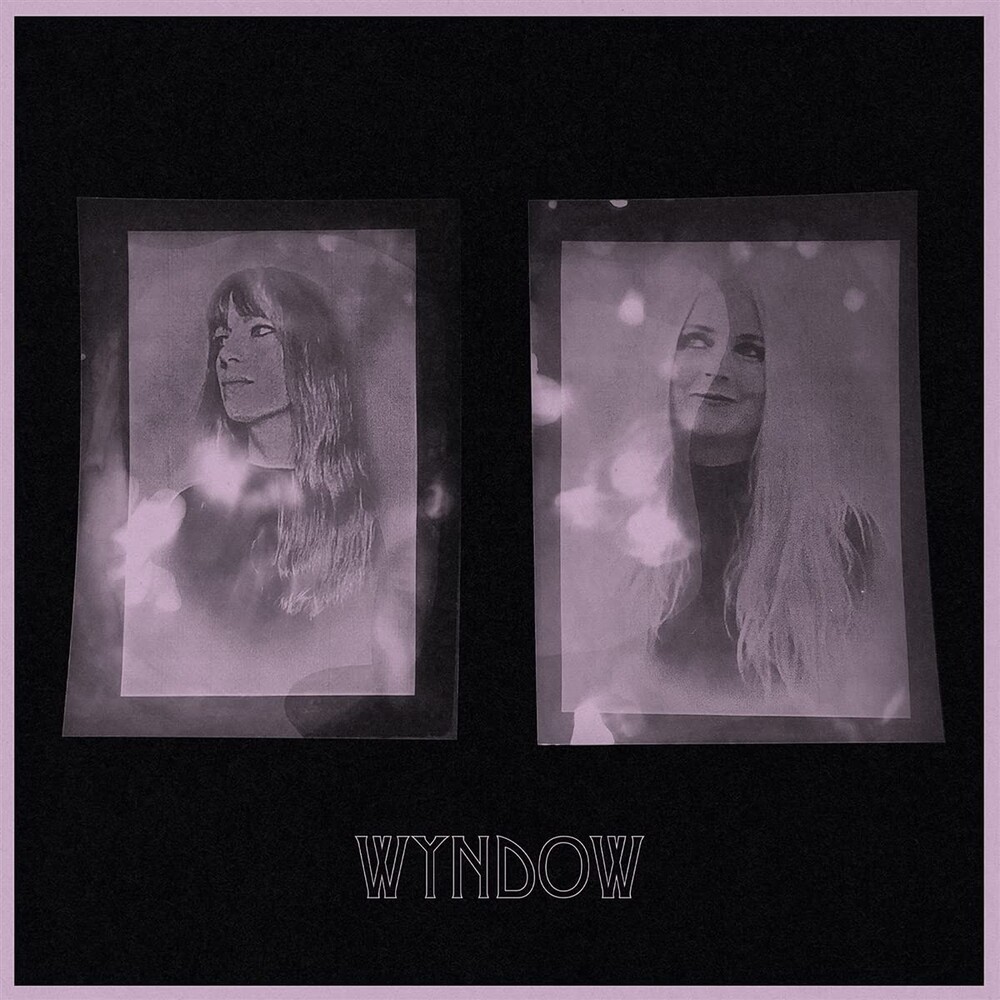 Debut album from Wyndow, Laura J Martin and Lavinia Blackwall's (Trembling Bells) new Kosmiche-Psych-Folk project. Woven from threads sent across the wires, Wyndow strikes new ground. Following the success of their first two singles 'Take My Picture' and 'Two Strong Legs' Wyndow (Laura J Martin and Lavinia Blackwall) return with their eponymous debut album. The project was ignited by a love of Robert Wyatt and an off hand idea of collaborating on a version of his song 'Free Will and Testament'. In a time of weird interludes the self examination of the song's lyrics opened the pathway to themes examined throughout the record, that of being and wanting and the battle between knowledge and knowing. Who am I and do I see myself the way others see me? What follows is an exploration of the uncertain and the impermanent. According to Martin, they are "tunes for whacked out worriers lifting weights in the worry gym," where "feeling uneasy never felt so easy." Reflections flit between two pendulums as each wrote and recorded remotely and exchanged these dog eared musical postcards to see each others' response. Eschewing the "band in a room" aesthetic out of geographical necessity they focussed on maximising the sonic palette of each song, doing exactly what each piece demanded without thinking about who had to play each instrument. The songs on Wyndow exist in the space between waking and sleeping, hazy tales that unfurl and engulf the listener in a slightly uncanny sense of familiarity. Album standout 'All Cameras Gone' is a paean to the dust and crackles of the analogue age and the shadows of a lonely projectionist leaving the booth and memories for the final time. 'Pulling On A String' is based on the feeling of walking familiar routes and wishing they took you elsewhere, the duality of holding on to the familiar yet pulling yourself nearer to the beyond and the unknown. Taking inspiration from the atmospheres and repetition of ecstatic minimalism and the joyful experimentation of Penguin Cafe Orchestra, songs were built from small fragments and loops, recorded spontaneously and sent to each other across the wires. Recorded and produced in Liverpool with Iwan Morgan (Euros Childs, Gruff Rhys, Cate le Bon) and in Clydebank with multi instrumentalist Marco Rea (Euros Childs, Alex Rex) new textures with copious analogue synthesis and treated acoustic instruments were mined, even fretless bass was not off limits. Recalling the tender pulse of Cluster on 'Take My Picture' and the late night hues of La Dusseldorf on album closer 'Tidal Range', Wyndow strikes a new path for both artists. On 'Pulling on A String' the close foregrounding of both voices call to mind The Roches, another key touchstone for the sound of the record. The result is a melting pot of influences with both artists at the top of their game, reflecting on the smallest human experiences set against a galactic sonic canvas.
back to top