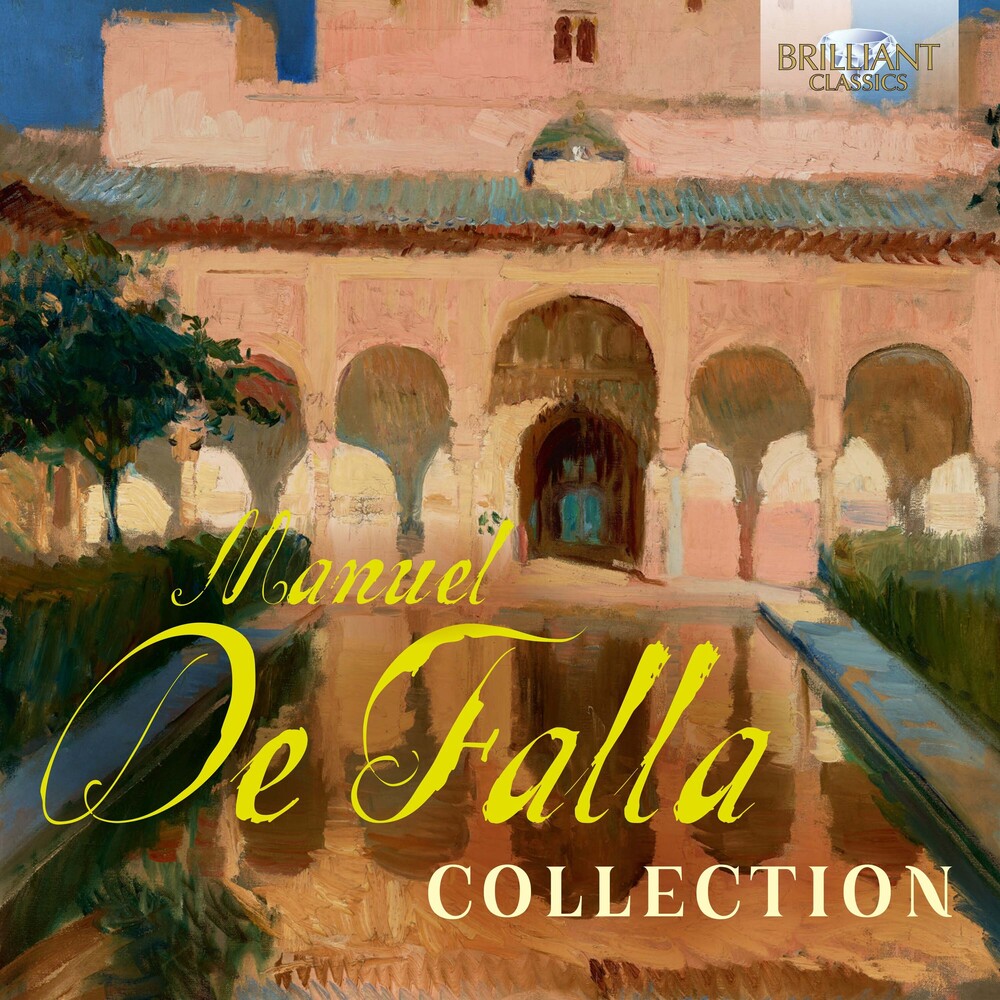 With it's super-budget-priced boxes of Bach, Mozart, Haydn, Beethoven, Brahms, Tchaikovsky and Shostakovich among many others, Brilliant Classics cornered the market in definitive composer editions long before other labels began to follow their lead. Music-lovers can now add a one-stop guide to the thrilling and colourful world of Manuel de Falla to their libraries with this comprehensive collection of his greatest masterpieces in modern digital recordings. As the central figure of Spanish music in the first half of the last century, de Falla (1876-1946) came to define the sound of Spain for listeners beyond it's borders. Folk music, romanticism, neoclassicism, modernism: all the prevalent styles of his time were assimilated and absorbed within a personal idiom that advanced the work of notable predecessors such as Albeniz and Granados in establishing a distinctively Spanish idiom for art music, making him a worthy contemporary of other composers outside the central European mainstream from Vaughan Williams in England to Bartók in Hungary and Sibelius in Finland. Falla's cycle of Seven Popular Spanish Songs is a perfect synthesis of artsong and folksong, performed here in Luciano Berio's orchestration by Marta Senn and the Simon Bolivar Orchestra of Venezuela under the baton of Eduardo Mata, the Mexican conductor renowned for his dynamic interpretations of Hispanic repertoire. The songs return in their instrumental guise as the Suite populaire espagnole, with the cellist Timora Rosler accompanied by Klára Würtz. Rafael Puyana is a uniquely sympathetic soloist in the Harpsichord Concerto which gave the instrument new life beyond it's Baroque associations. Benita Meshulam is widely recognized as the inheritor of Alicia de Larrocha's mantle with her superbly atmospheric recordings of Spanish piano music.