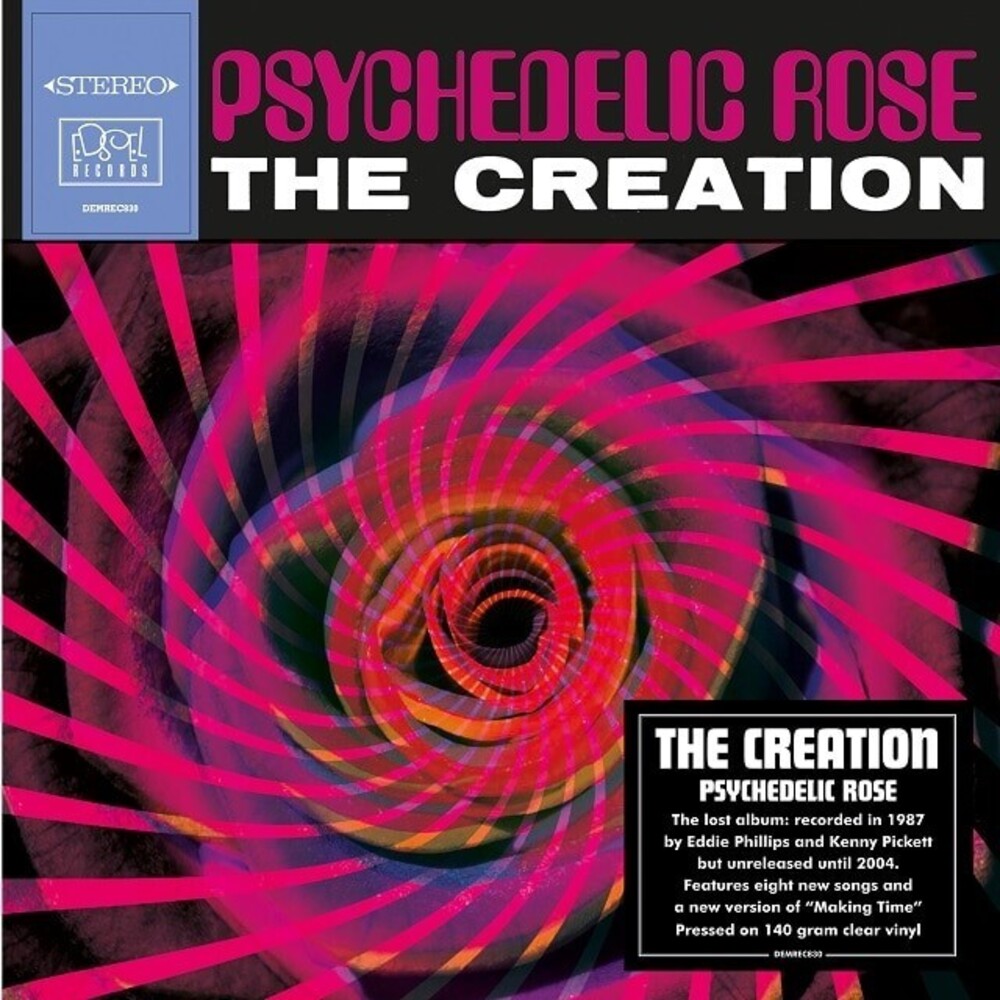 Limited clear vinyl LP pressing. The Creation was formed in 1966 from beat combo The Mark Four and was quickly signed to a production deal with Shel Talmy, The Who's producer. The first release was the urgent "Making Time", which featured guitarist Eddie Phillips playing his guitar with a violin bow, two years before Jimmy Page started doing so. In January 1985, The Mark Four reformed for a one-off show in Cheshunt, and subsequently Eddie Phillips and original lead vocalist Kenny Pickett reunited to make some new Creation recordings. At the time, only two tracks - "Spirit Called Love" and a new version of "Making Time" - were issued as a single in 1987, before the record label went out of business. These two tracks plus the remainder of the recordings were finally issued as the album Psychedelic Rose in 2004.