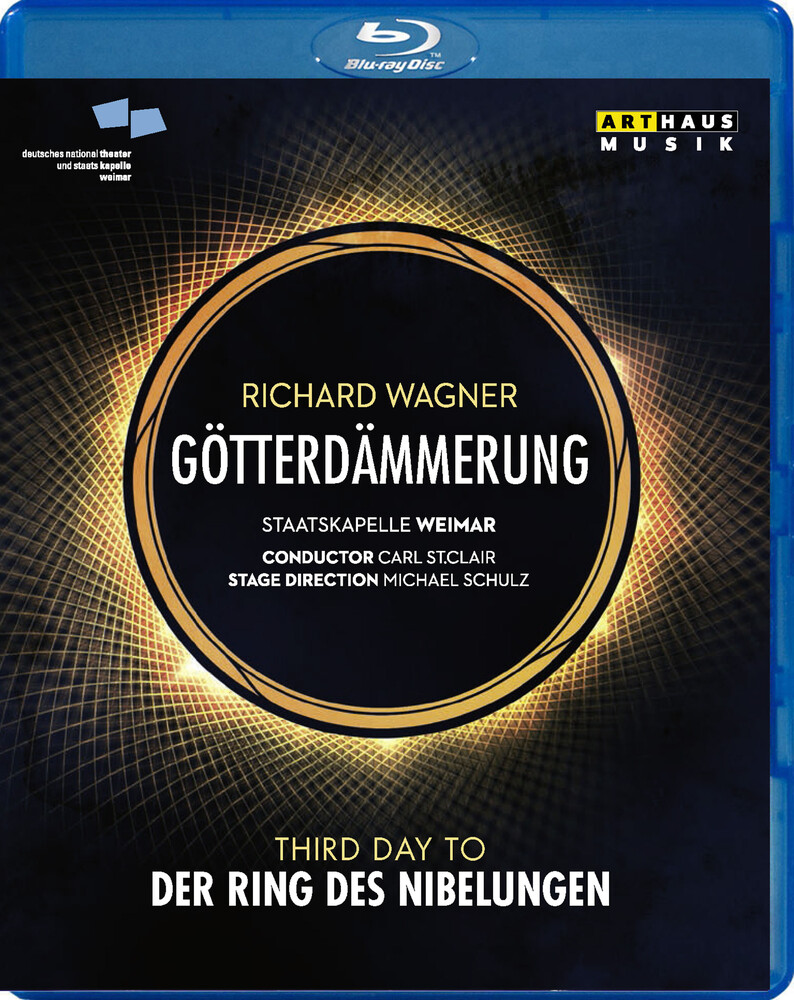 It establishes the dominant atmosphere of the piece from it's first bar: twilight, a deceptive half-light, prevails. Shadowy figures stumble towards the abyss. The leitmotivs and thematic ideas from throughout the whole tetralogy recur in Götterdämmerung, intensified and woven into a musical web from which there can be no escape. Everything appears to fit together fatally with everything else. There is nothing more to be done. The net of catastrophe is knotted too fatefully for that, both musically and dramatically. When Wagner sat down to write a prose outline of what turned out as the last part of the Ring, he called it Siegfried's Death. That was in the year of revolutions, 1848. The new title, usually translated as Twilight of the Gods, came later. All the threads of the drama run now towards the hero's fall. The death of Siegfried precipitates the final dissolution of the gods' world, set in train by Wotan when he impiously tore a branch from the World Ash-Tree, and to which the god was already resigned long ago, before he knew of Siegfried's conception. The natural order has been diverted from it's proper course, and the last hope of righting it rests with Siegfried - the human being of the future. He knows no constraints, no fear of violence moderates his thirst for action, he is naïve and spontaneous. To Wagner he represented Utopia, Thomas Mann described him as "harlequin, god of light and anarchistic social revolutionary", Shaw as "a totally unmoral person, a born anarchist, the ideal of Bakunin, an anticipation of the 'overman' of Nietzsche". Yet he is unfree, nevertheless: he must run on the rails laid by Wotan and thus he is the instrument of the failing power of the old gods as they wait for annihilation. The truly new can only rise from the ashes of the old. So Siegfried too must die, and Brünnhilde, magnanimous in forgiveness, assumes the roles of tragic heroine and redeemer by her self-sacrifice.