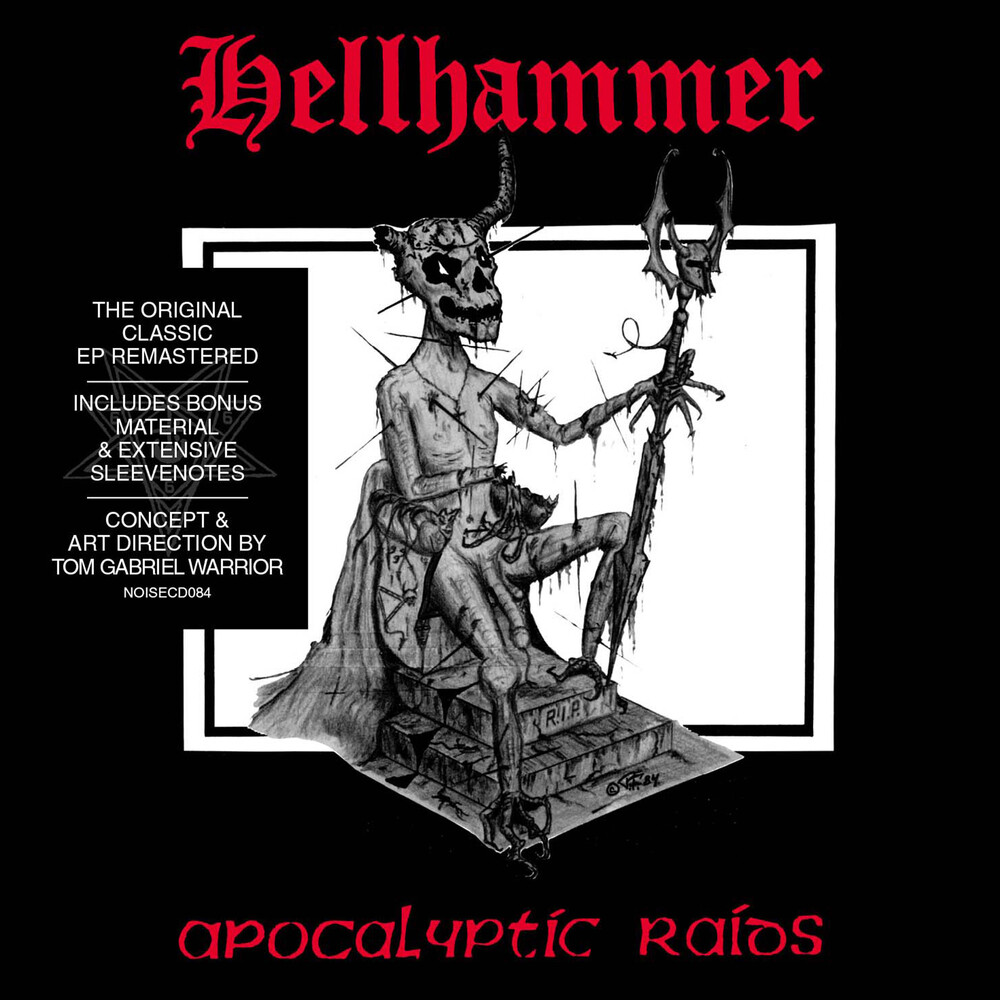 Reissue. Apocalyptic Raids is an EP by the Swiss extreme metal band Hellhammer. It was recorded and released in March 1984, and was the band's only commercial release. The record was a major influence on the then-emerging death metal and black metal genres. It has served as an inspiration to such varied and respected bands as Napalm Death and Sepultura, both of whom recorded cover versions of "Messiah". Hellhammer would split up only three months after recording this EP, and later regrouped as Celtic Frost.