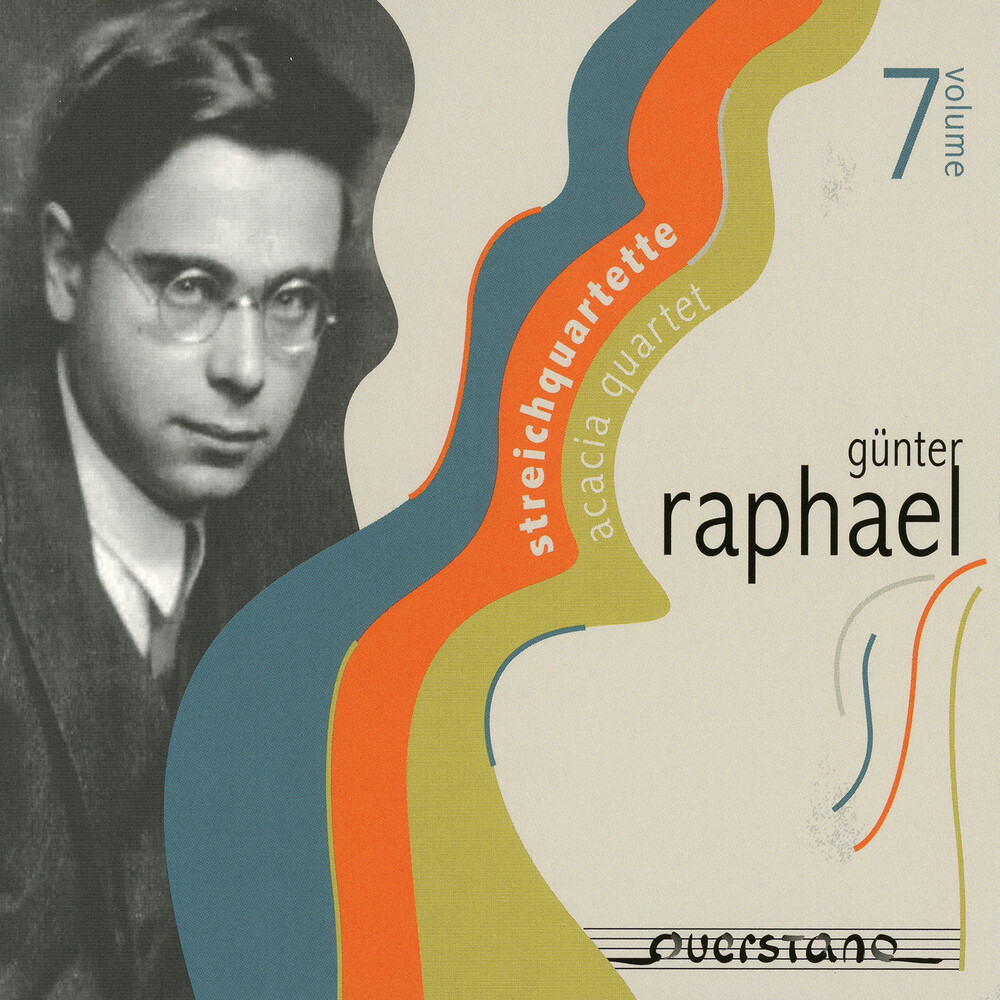 Günter Raphael was an extremely versatile and fruitful composer. He left behind numerous symphonic works, solo concerts, oratorios (requiem), solo songs, sacred and secular choral music, organ works and a particularly extensive chamber music oeuvre. His work is characterized by the constant creative engagement with tradition. In the course of time he found his style of distinctive idiosyncrasy, the lush sound and the polyphony equally committed. His music radiates a strong concentration, not least due to Raphael's eminent counterpoint and joy in memorable melody combined with rhythmic diversity and a clear sense of form. This seventh part of Günter Raphael Edition offers an insight into Günter Raphael's string quartet work, the composer created ten works in this genre, but only released four of them for publication. The idea for concert performances and recordings of the Raphael string quartets and the associated stay of the Australian Acacia Quartet in Berlin in spring 2017 came about due to the long-standing friendship between the first violinist Lisa Stewart and the founder of the Christine Raphael Foundation Fredrik Pachla, who are based in Cologne studied, and the quartet's long-standing interest in Günter Raphael's music. After intensive preparation in Australia, a stay of several weeks in Europe was realized. The first concerts in Sydney delighted audiences and musicians alike, and after further concerts in Berlin the present recording was made with three of Günter Raphael's string quartets: two early works and his last work of this genre, composed after the Second World War.