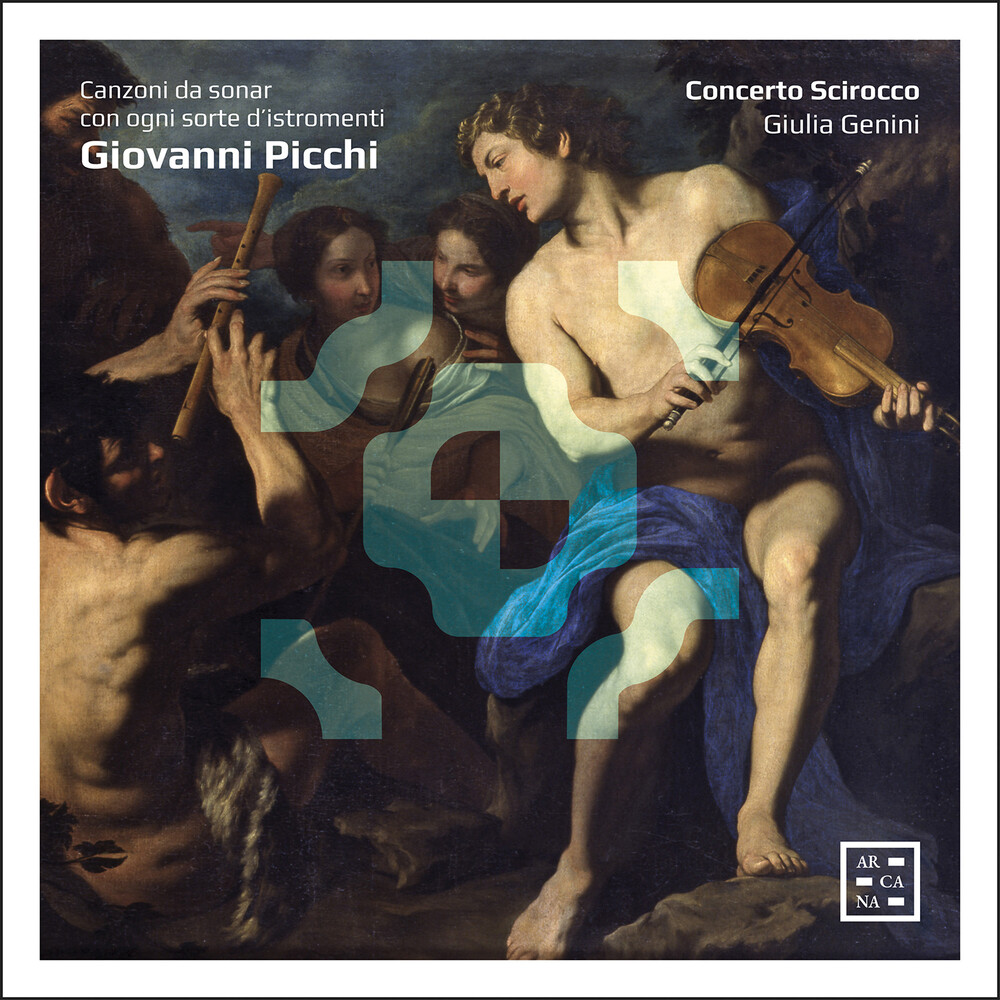 "El soto dei Frari", "the lame man of the Frari": this was the nickname given to the Venetian Giovanni Picchi, perhaps a pupil of Giovanni Croce, in the charges pressed against him in 1610 for teaching music to the nuns in the Spirito Santo without a license. In 1612 we find him intent on initiating an appeal against the Scuola Grande di San Rocco, after the appointment of Giovanni Battista Grillo as organist. The appeal is successful, obliging the powerful institution to repeat the examination. We also find this original and hot-tempered personality in his 19 Canzoni da sonar con ogni sorte d'istromenti (Venice 1625): a collection which reveals the brilliant flair of this still little-known composer. The detailed instrumentation given by the author allows us to recreate the typically Venetian aural splendor, with glorious sackbut choirs and virtuosic violins, recorders, cornets and bassoon. With the Canzoni da Sonar, presented by Concerto Scirocco in the first ever complete recording of the work, Giovanni Picchi sculpts his mastery into music with a variety of vivid colors and pulsating affects, earning a place of honor in the world of the Venetian school.