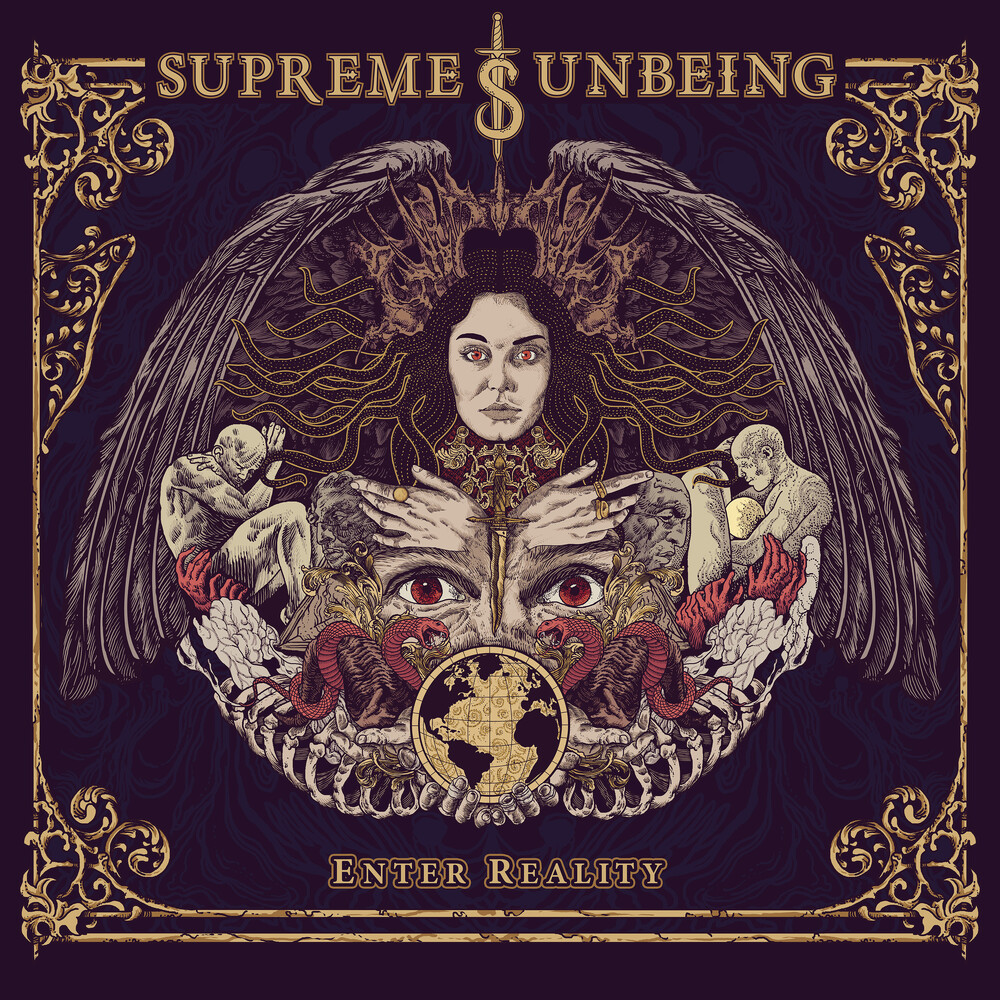 Mysterious Rock/Metal band Supreme Unbeing, led by vocalist/prophet Zac Red, will release the physical manifestation of their debut LP Enter Reality 12/4 via EMP LABEL GROUP. After observing the world for many years, Zac Red has set out on a quest with fellow prophets D. Vine, Unknown and Al Mytee, to shed light over our present existence through the medium of heavy riffs, shredding solos, and philosophically intriguing lyrics addressing issues in modern-day life. The anonymous group's only visual representation came in the form of the animated visual for "You'll Never Make It", created by renowned visual artist Balázs Grof, which premiered in July via REVOLVER Magazine. Featuring the band's first hit messages, "You'll Never Make It" "Animals", "Solution", and "Dreaming", the band will finally released their magnum opus debut LP for the World to interpret.