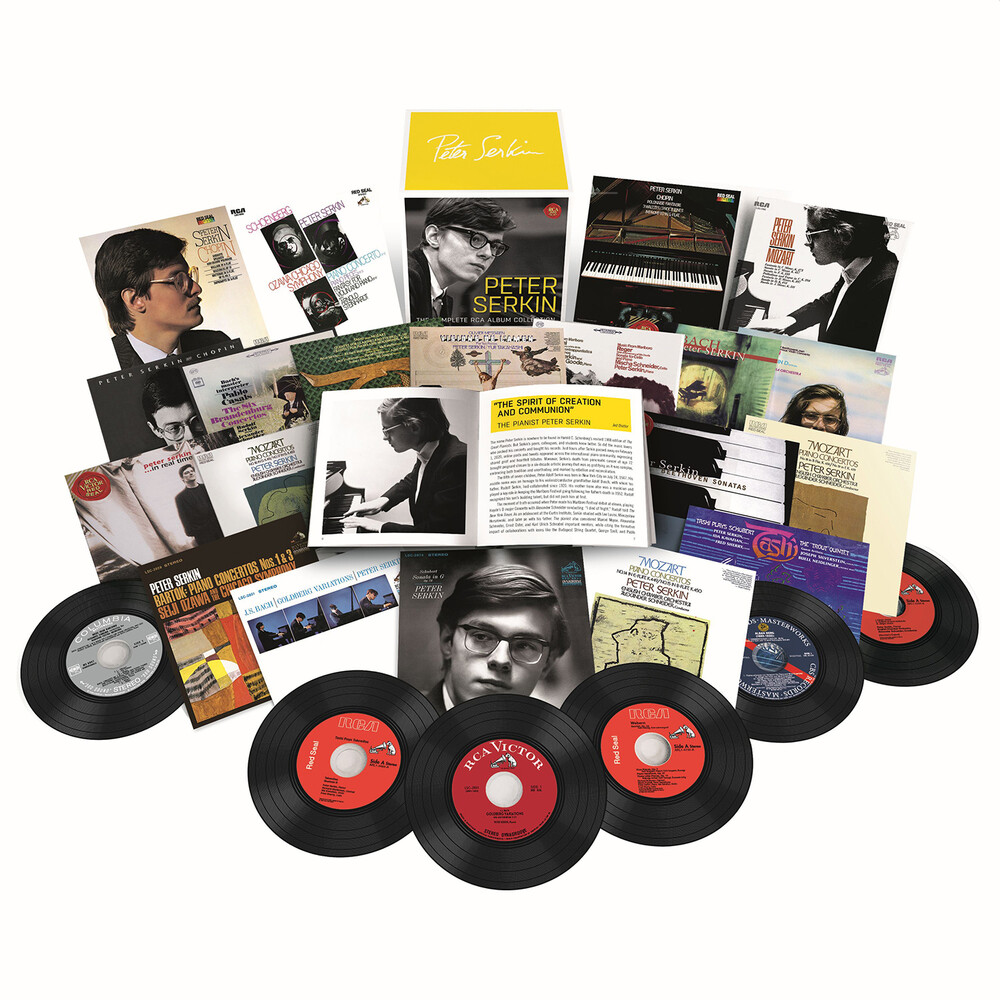 He achieved notoriety in America in the 1970s as the young, rebellious, hippie-clad scion of a legendary musical dynasty: the son of pianist Rudolf Serkin and grandson of violinist Adolf Busch. But before that, and far more significantly, Peter Serkin, born in New York in 1947 and a student of Mieczyslaw Horszowski as well as his father at the Curtis Institute, had already established himself as a prodigiously gifted pianist and musical thinker in his own right, regularly appearing from the age of twelve in solo recitals and concerts. At Rudolf Serkin's Marlboro Festival, he played chamber music with his father as well as other pianists including Horszowski and Richard Goode, violinist Alexander Schneider and cellist Mischa Schneider. It was with them, starting in 1962, that he made his earliest recordings of concertos, sonatas and other works by Bach, Mozart, Schubert, Reger and Busoni for Columbia Masterworks, even playing harpsichord continuo in Pablo Casals's famous set of the Brandenburg Concertos. In 1965 he began a long association with RCA Victor. Sony Classical is now proud to present all of Peter Serkin's recordings for both labels in a single set.