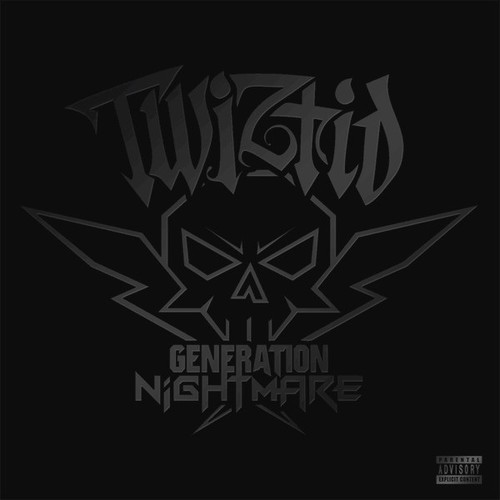 2019 release. The demented duo of Jamie Madrox and Monoxide - AKA Twiztid - return with Generation Nightmare. Enlisting the production of familiar faces Michael "Seven" Summers and Young Wicked, as well as rock production duo A Danger Within (including drummer Drayven Davidson of Twiztid, Wayne Static, and Davey Suicide), this album takes the very best of Twiztid's rock and rap genre crossover abilities to the next level! Album features Young Wicked and new rising stars in the underground, Alla Xul Elu as well as cuts from Limp Bizkit's DJ Lethal. This album is highly anticipated by longtime fans as well as new fans who may have discovered them on the Vans Warped Tour.