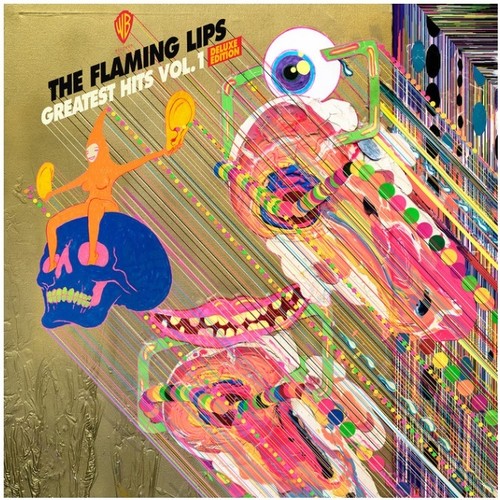 Deluxe three CD edition. 2018 release. This is the first time The Lips have presented singles from Transmissions From The Satellite Heart (1993), Clouds Taste Metallic (1995), The Soft Bulletin (1999), Yoshimi Battles The Pink Robots (2002), At War With The Mystics (2006), Embryonic (2009) and their current album Oczy Mlody (2017). This triple disc version Greatest hits Vol.1 significantly expands the concept of their "hits" and gathers some of their best-loved album tracks from the aforementioned albums plus deep cuts from their WBR album debut, Hit To Death In The Future Head (1992), along with music from, Zaireeka (1997), The Flaming Lips And Heady Fwends (2012) and The Terror (2013). Also includes a generous hatful of International single B-sides, studio outtakes and several previously unreleased tracks to present an essential view into the extraordinary body of work from one of the most influential and enduring rock bands of all-time.