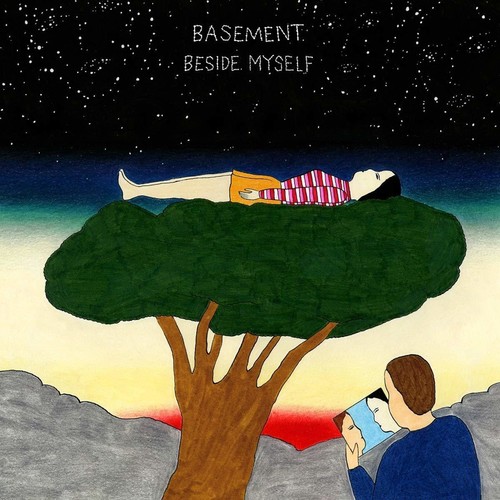 Limited translucent red vinyl LP pressing including digital download. 2018 release. Beside Myself is the fourth studio album by British alternative rock band Basement. The album was co-produced by Colin Brittain and the band themselves, and was mixed by Rich Costey. The album includes the single, "Disconnect." Basement is an English rock band formed in 2009 in Ipswich. Their first studio album, I Wish I Could Stay Here, was released in 2011. The next year, Colourmeinkindness was released, charting on the Billboard Top 200. After touring in support of Colourmeinkindness, the band went on hiatus in 2012. In 2014, they reunited to release the EP Further Sky. The next album, Promise Everything, charted in 2016 in Australia, the UK and the US.