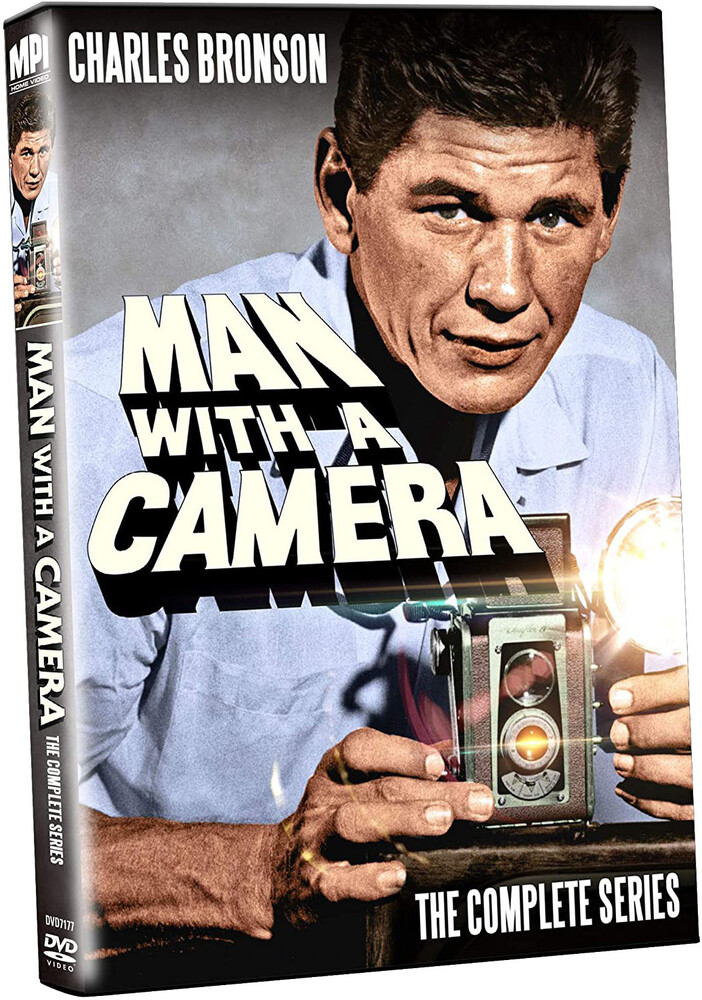 Man With A Camera: The Complete Series
Format: DVD
New:

Before gaining fame as a big-screen gunman, Charles Bronson did a different kind of shooting in this 1958-60 ABC drama, his only starring TV series role. Bronson played former World War II combat photographer Mike Kovac, now a New York City-based freelancer always ready with his cameras to capture the important news events and baffling crime scenes no one else could.29 episodes on 2 discs. 13 hrs. Standard; Soundtrack: English.