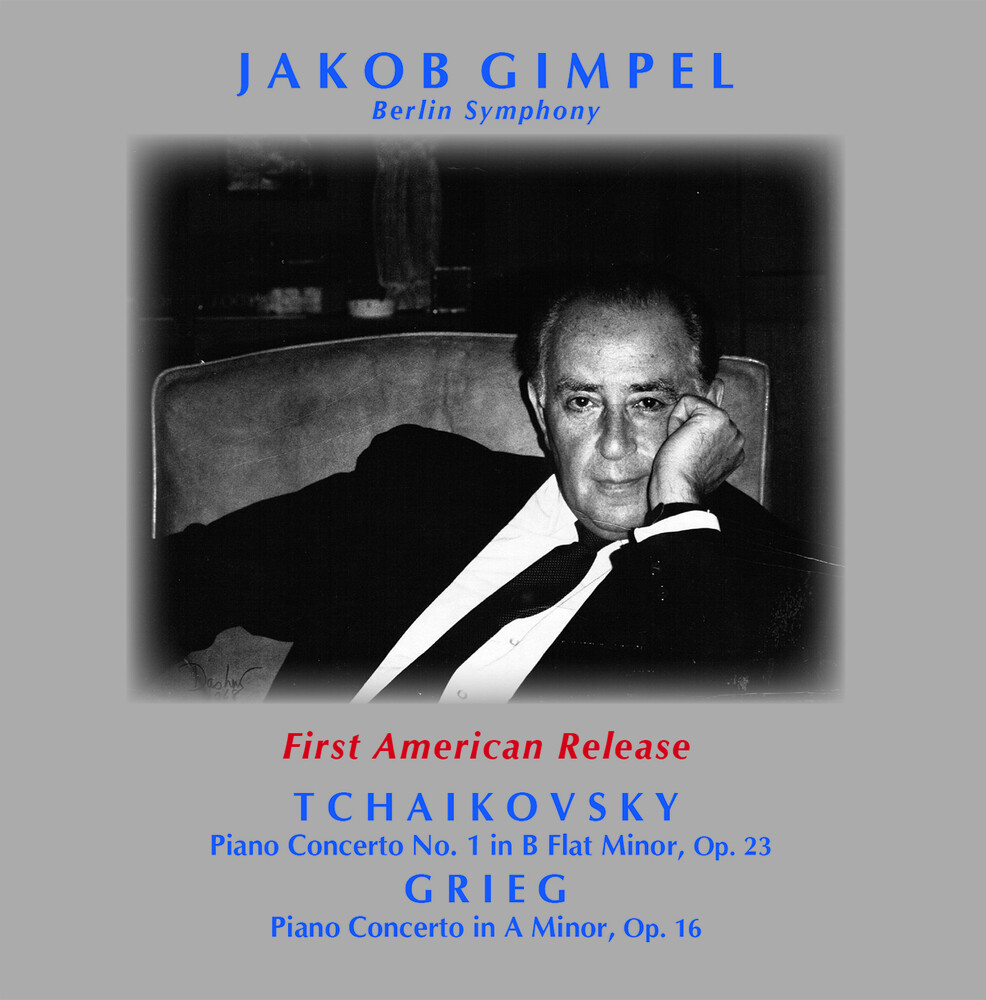 Cambria Master Recordings is honored to present the legendary pianist Jacob Gimpel (1906 - 1989) performing two beloved piano concerti with the Berlin Symphony - Pyotr Ilyich Tchaikovsky Piano Concerto No. 1 in B flat Minor, Op 23 (Dr. Paul Otto Matzerath, conductor) and Edvard Grieg Piano Concert in A Minor, Op 18 (Artur Rother, conductor) (Cambria 1260). These stereo performances date from 1961 and 1959, when Gimpel was at the height of his career, and are now being released for first time in America. The Polish-born pianist, known by connoisseurs the world over as "a musician's musician" and as one of the great piano virtuosos of the Twentieth Century, brought a classical elegance (authentically born of his intimate familiarity with the Polish music ethos and the cultural and stylistic brilliance of Imperial Vienna), combined with a formidable musical intellect and a rapturous poetic and tonal imagination. This great artist, teacher, and humanitarian, once the associate and protégé of the legendary violinist Bronislaw Huberman, was all too rarely heard in his adopted homeland of America, despite his spectacular European career, universal critical acclaim, and many outstanding recordings, a few of which were even distributed in the United States.